Digital Media Interactive stands out because of its creative team of individuals from very diverse backgrounds, each bringing a completely unique expertise to the table.  They hit every mark, time and time again.

With more than 50 years of combined experience in the entertainment industry, Digital Media Interactive brings innovation, flawless production, and technical prowess to the design table. 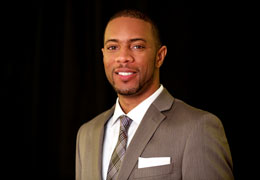 Stephen has been leading the efforts at Toon Goggles as the Managing Director into the market, along with finding gap financing for Animated Projects that are going on Television around the world. Stephen also leads the marketing efforts with Digital Media Interactive, which he is also a founding member.

Past producer of a feature film for Lions Gate, and manager of numerous commercials, cartoon series, television shows, and websites with multi-million dollar budgets.

Lead developer for DMI’s apps and Anywhere Artist with 15+ years of programming/design experience and several successful multi-million dollar projects under his belt in the Engineering sector.